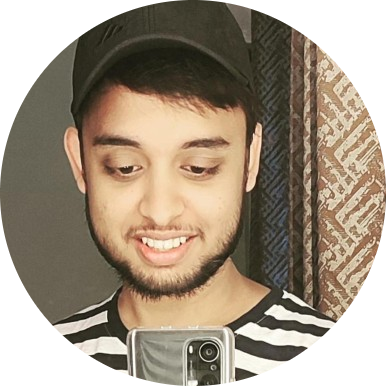 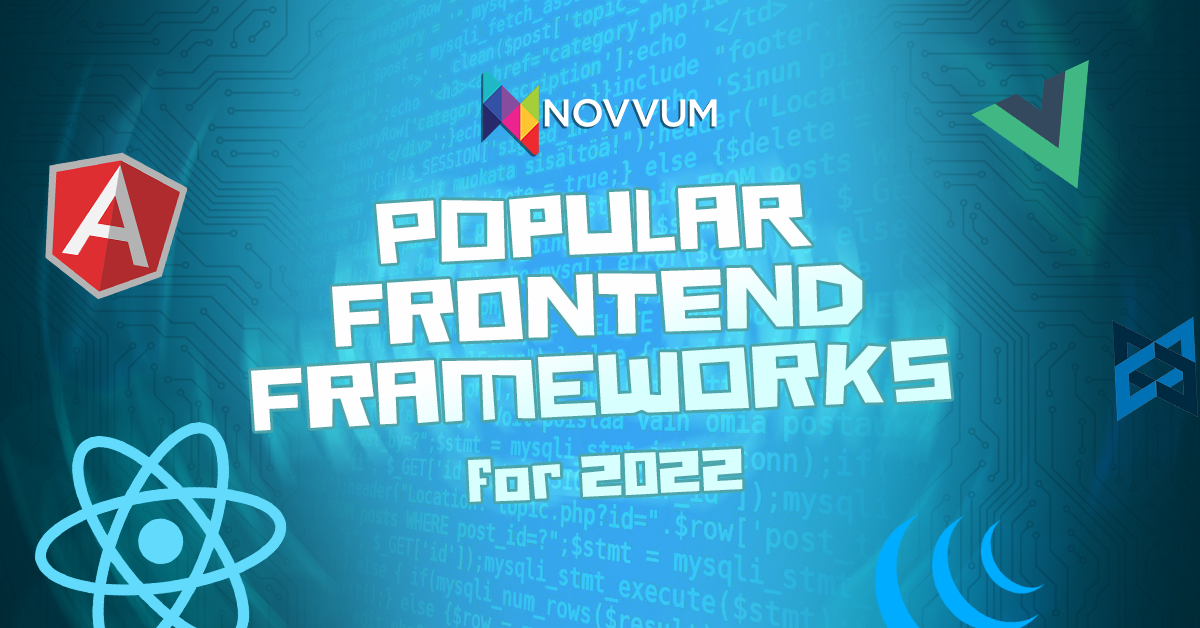 The two main goals of web development are providing exceptional user experience and quick time to market. Finding the right front-end development framework will significantly help achieve these goals. However, with so many frontend frameworks available in the market, which one is best for your needs?

We’ve compiled this guide on the most popular frontend frameworks so that you can quickly compare the pros and cons of each to find the best tools for your needs.

What Are Front End Frameworks?

Front end framework is a combination of two separate words, Front end + Framework. The front end is the visual site of any web application or a website, it is that part of the website with which a user interacts, note that the backend is that part that involves API calls, database connectivity, authentication, and so on, and a framework in literal sense means an essential supporting structure of an object, the object is a website in this case. Formally, a Framework is a platform for developing applications that provide a foundation on which software applications can be built. So front-end frameworks are the software packages that provide pre-written/reusable code modules and standardized front-end technologies and ready-made interface blocks making the process of front-end development a lot faster and simple. While using a framework, it is possible to create sustainable web applications without the need to code every function or utility from scratch owing to the presence of development instruments in a framework. Most of the front-end frameworks use JavaScript as their source language.

Below are our examples of the top Frontend framworks to know about in 2022.

React is based on the JavaScript library for creating user interfaces, but it’s more often called a frontend framework. Developed and maintained by Facebook, React is one of the best open source frameworks today and is used by 40.14% of the developers (as per StackOverflow developer survey 2021). Developers working with React use JavaScript and declarative code. A special JSX feature allows them to use HTML for updating the DOM (Document Object Model) and to create a virtual DOM, which results in better performance.

Use React if you are building interactive visual sections of single-page web apps and progressive web apps (PWAs) within a short time.

Don’t use React if****your developers are not strong in JavaScript or not experienced enough to master JSX.

One of the most promising JavaScript frontend frameworks is Vue. Its first version was released in 2015.

The release of Vue 3.0 in 2020 was a long-awaited event by developers all over the world, and the version has fulfilled expectations. It was fully rewritten in TypeScript, which provides more benefits in agile development; packages have become smaller; new APIs for solving large-scale tasks have appeared. In addition, Vue supports Server-Side Rendering (SSR), providing more development opportunities.

Use Vue.js for building both small- and large-scale web and mobile apps, PWAs, and complex single-page apps.

Don’t use Vue.js for large projects if you don’t have developers with a strong background in this framework, since the community may not always help with issues; the stability of some components may be questionable.

Angular is a powerful open-source front-end development framework created by Google in 2010. The uniqueness of Angular can be attributed to the fact that Angular has a two-way binding feature, Two-way binding gives components in your application a way to share data. Use two-way binding to listen for events and update values simultaneously between parent and child components. There is a real-time synchronization between the model and the view. This means any changes in the model are immediately reflected on the view and vice versa.

Use Angular for developing large enterprise-level solutions with a complex infrastructure. Angular is good for progressive web apps and multi-page apps with dynamic content.

Don’t use Angular for small projects with simple syntax and static content. Your Developers need to be highly experienced in creating complex web solutions if you want to choose this framework.

This framework is a newbie in the world of frontend development: the initial release was in 2016, but the stable release is released in 2021. Despite its age, Svelte is deserving of attention because it offers a fundamentally new approach to UI development.

The essence is that Svelte performs its main work in the compiler at the building stage, not in the browser, like other frameworks. As a result, you don’t need a virtual DOM and can upload to the page only the components needed to display your app.

Use Svelte if you need a small and fast application to be developed by a small team of frontend developers, including beginners.

Don’t use Svelte for large project development because the framework is not popular enough and you may not find needed help and tooling in its small community.

Though React is the most popular framework for frontend development, it also has some shortcomings. Due to its limitations, the idea was to design a small-size framework that will offer the same features as React. This is how a tiny version of React — Preact — appeared.

Preact and React share the same API and use the same methodologies for app development. The difference is that Preact is much smaller in size and uses the thinnest and fastest virtual DOM possible.

Use Preact if you want to create a small application without complex integrations that should perform one function well.

Don’t use Preact if you need an extended set of features for your project.

Backbone is an easy and lightweight framework for frontend development, initially released in 2010. It’s based on the Model-View-Presenter (MVP) design pattern and aims at developing single-page apps.

Use Backbone.js for developing dynamic client applications that need constant synchronization with the server.

Don’t use Backbone.js if you need all the functions out-of-the-box or your development team is not prepared to use additional extensions and plugins.

The Ember.js frontend framework has been on the market since 2011. Although it’s not as widely used as some other frameworks, ambitious web developers use Ember to build scalable cross-platform apps.

Use Ember.js for large-scale web and mobile projects as it provides complete functionality for developing these features. Keep in mind that developers should be experienced with the development framework or have the time to learn it.

Don’t use Ember.js for small simple projects because it’s a heavy framework.

Semantic-UI is a development framework focusing on the creation of beautiful and responsive websites. It’s still actively developing, improving its functionality, and expanding features. This makes it a good alternative to Bootstrap (a front-end framework built on HTML, CSS, and JavaScript (JS) to facilitate the development of responsive, mobile-first sites and apps.)

Use Semantic-UI if you need a customizable lightweight design of your web solution’s client side in a snap.

Don’t use Semantic-UI if your team members are not experienced in developing customizations without ready-made functions.

Being a credible alternative to Bootstrap, Foundation is used to design appealing websites, emails, and apps that look equally good in various browsers and mobile devices. Foundation was initially released in 2011, and its stable release appeared in 2020. The framework is based on Sass scripting language, CSS, HTML, and JavaScript.

Use the Foundation framework if your aim is the development of a visually stunning and mobile-friendly website with a customized user experience.

Don’t use the Foundation framework if your developers have little experience in coping with customization complexity.

All front-end development frameworks have their advantages and disadvantages. React is the best choice according to me overall, it won’t limit you but each framework is a great tool, however, each framework is the right fit for a specific project, but another one can be totally inappropriate. Before you start the development, you should carefully consider your project requirements and select the framework that best suits your needs. If it's just you coding as a hobby, I recommend svelt, it is good for a side project or small blog.