Why 1% of Continuous Improvement Makes All The Difference 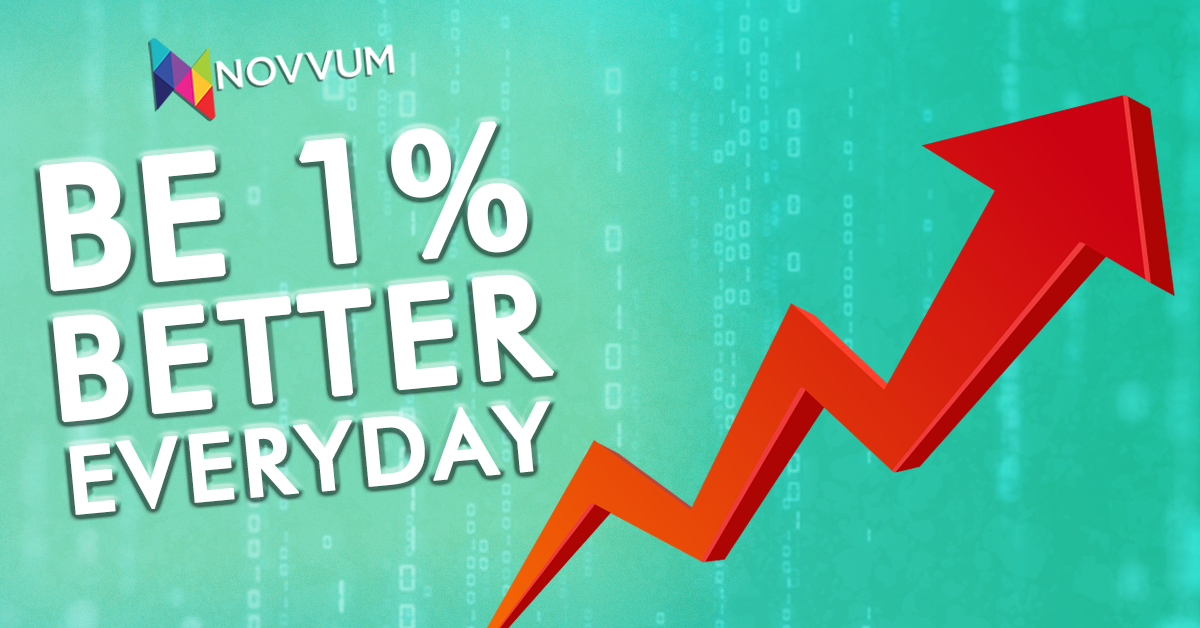 Have you ever heard of someone sprinting through a marathon? Of course not, because nobody can go the distance at that speed. Even the fastest mammal on Earth, the cheetah, with a top speed of 70 miles per hour, an explosive acceleration that goes from 0 to 60 miles per hour in less than 3.5 seconds, can only sprint for 20 to 30 seconds before it needs to rest for a half hour.`In the end it is not their speed, but their patience and their slow stalking that ensures they catch their prey. It makes you wonder why we celebrate cheetahs’ speed, when their true skill is closing the distance between them and their target.

This article is going to show you why small, gradual, 1% daily improvements are better for success than radical change, why you need to be patient, and how you can get started today.

Far too often, misguided executives make radical changes to better the company, but it comes with adding unnecessary risk. Rather than fixating on giant features, these companies should focus on smaller corrections and measuring progress. Above is a graph that shows 1% improvement each day for a year versus 1% of daily decline for the same period. You may be shocked to see that the commitment to 1% of daily improvement increased the initial value by 37 times, while 1% of decline ends right above 0, at 0.03. While the decline to 0 is a steeper drop off, the incline is much slower but the sustained momentum makes that 1% change drastic.

Forget the miracle cures and instant fixes, significant and meaningful change comes from good habit forming. To begin to change your habits, you must first recognize and then track your habits. A habit is a three step sequence: trigger, action, and then a response/reward. A habit sequence applies to everything we do, especially the unconscious actions, like putting on shoes or brewing coffee. Once you recognize a pattern, you can adjust it. 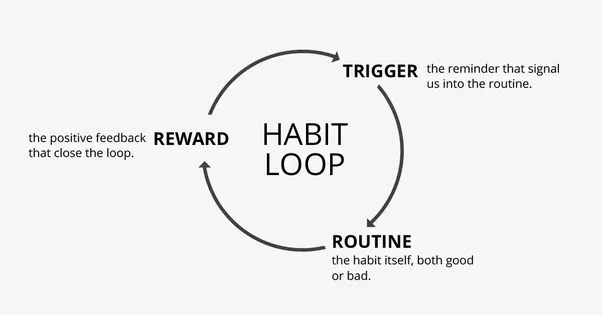 It is easier, and more efficient, to change a habit than it is to break a habit or to try to create a new one. You know the expression “old habits die hard,” and anyone who tried giving up smoking will attest to how difficult it is to quit the habit. Habit experts advise someone quitting smoking to maintain their habit loop, but to change the routine; I.E., instead of smoking a cigarette, the person still goes outside to breath for the length of their usual cigarette break. This is where the practical starts to sound ridiculous.

The real secret is consistently making slight adjustments and being patient with the course corrections instead of turning your life upside down. The soon-to-be-ex smoker is in turmoil when they quit smoking cold turkey, because, in addition to the withdrawal symptoms, they are rebelling against their own psychology. While the withdrawal symptoms will pass, the nagging of a mind stuck in a habit loop might drive someone to return to their bad impulse. By maintaining the habit loop, but replacing smoking with breathing or pacing, that person will still experience the reward of relieving stress because they are not disrupting the cycle.

After several iterations of habit loop adjustment, that individual will be able to encounter their same triggers and experience the same reward, except their routine is completely changed. Overtime, the habit can switch from the negative habit of smoking to a positive habit like drinking a cup of water. This is the exact method thousands have used to permanently give up the habit of smoking without substituting it with another compulsive and/or negative habit.

The following graph illustrates the plateau of latent potential and represents the difference between actual and expected results as a function of time. Most of us have the inherent expectation that progress should be linear. What we actually find is that progress, in fact, follows closer to an exponential curve. We refer to the area between the two as the valley of disappointment and it is the most dangerous part for someone trying to improve.

The valley of disappointment represents the period of time when your continued efforts are not returning the expected outcomes. If you’re learning a new skill or trying to improve, this is the plateau where your motivation dwindles. This is when it is most critical to rely on being consistent and patient. This is the time where someone is most likely to give up their commitment to continuous improvement, but if they have patience in their efforts, the rewards will be beyond their expectations.

1. Getting to Know Yourself

Start by taking an inventory of your everyday habits by measuring every action, no matter how small. Once you recognize your routine then you can begin to track the triggers and rewards associated with each habit. Begin with the first thing you do in the morning, track everything you do until you go to bed. Your ability to make radical positive improvement is through conscious self reflection.

When you track your habits, mark down whether it is positive, negative, or neutral. No matter how mundane, every action you take has an impact on your future. Your goal with tracking your habits should be determining which habits are bettering your life and which are detracting from it. Only through this awareness will you be able to reduce or eliminate negative habits and maximize positive habits.

Often success is less about doing the right thing and more about avoiding the wrong thing. I argue that the best thing you can do to improve is to avoid doing that which detracts from your success. While you work on continuously improving, be sure you don’t subtract from your progress by indulging in negative decisions and bad habits.

Is there a better way to celebrate, relieve stress, or cope with a hard situation that will not detract from your efforts? When you avoid negative decisions you are always taking two steps forward and never taking a step back. Your health, financial, or personal goals will be further along, by leaps and bounds, because the good decisions are reinforced by your aversion to bad habits.

“An object at rest stays at rest and an object in motion stays in motion,” this is Newton’s first law of gravity. Recognize this fundamental truth and kickstart your success story by gaining momentum from small successes. Start with what’s in front of you and tackle the small, simple, and familiar habits before branching out to more difficult habit forming.

In the beginning it’ll be too difficult to be consistent and make significant improvement, so don’t plan out your success and overthink it. Don’t get caught up thinking about your ultimate goals. If you rely on your good habits, all the momentum of small improvements will carry you forward. The key is to gain momentum without worrying or fixating on the motivation. The goals are always secondary to habit forming, because after the goals are accomplished, the habits remain.